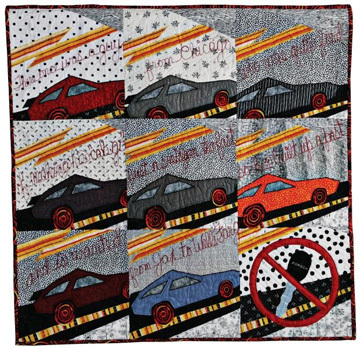 Georgia Bonesteel shares the story of her quilt made for the "Alzheimer's: Forgetting Piece by Piece" exhibit, inspired by her aging father, and her early quiltmaking years.