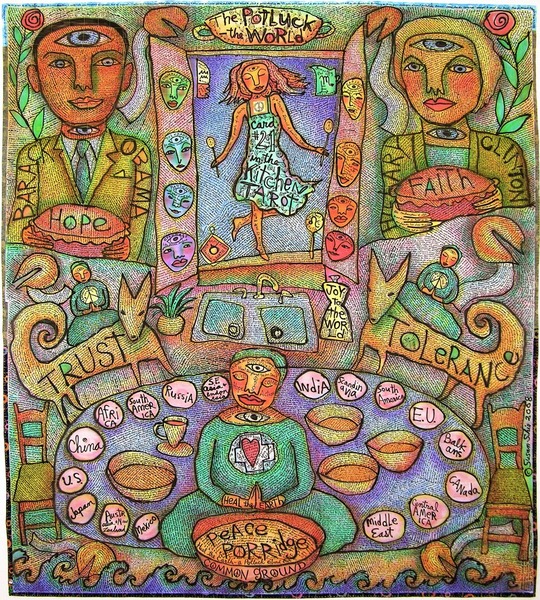 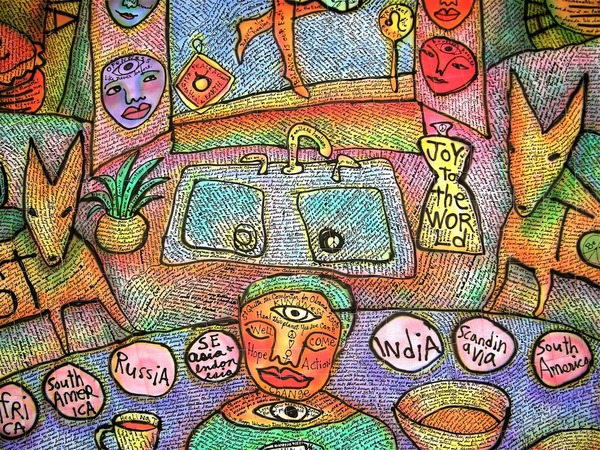 In this interview, Susan Shie discusses at length her quilt "The Potluck/ World: Card #21 in The Kitchen Tarot," one in her series of quilts based on tarot cards. This and other of her quilts feature political imagery from the 2008 presidential election. Her support of Barack Obama and the quilt she made featuring him in its imagery are important to understand her perspective on this time period. She also discusses her family, her interest in quilting, and her environmental advocacy.